Click on the images below if you want to see larger pictures. Manufactured by Schrader subsidiary, Scovill Manufacturing Company of Brooklyn, New York, in March 1944. Serial No. 1580B The dive helmet’s US Navy WWII history is not known by the current owner. However, pre-1970 this dive helmet was used in the salvage of sunken WWII ships along the Taiwan coast. The dive helmet’s previous owner was working as a commercial diver in Taiwan from 1968 to 1970, constructing an oil terminal for the national oil company. His work involved underwater inspection of civil works in Keelung & Taichung. He worked with local diving and overseas construction companies, using scuba and surface supplied lightweight gear. He traded this gear for the dive helmet before leaving Taiwan in 1970. 39 years later the current owner purchased it from him. 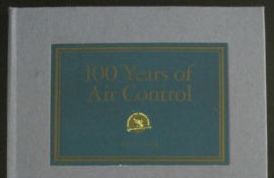 First edition, blue paper covered boards with green panel, title and border in gilt. Rare limited edition in perfect condition. Front endpaper is a map of NYC in 1844. The rear endpaper is a map of the world. 49pp. A chronology of A. Schrader & Son. America’s leading manufacturer of pneumatic valves for the rubber industry and a developer of efficient diving equipment since 1849. One of the rarest books on diving ever written by a diving equipment manufacturer.